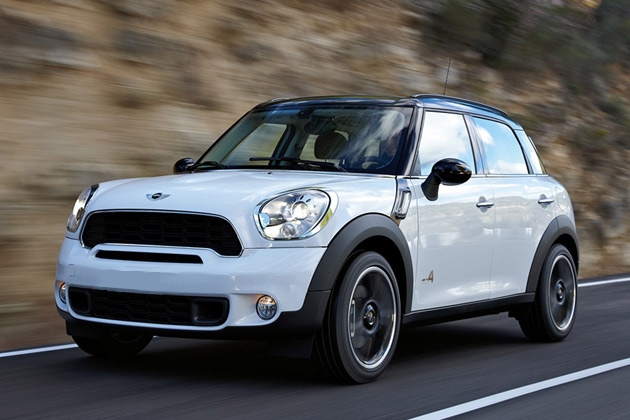 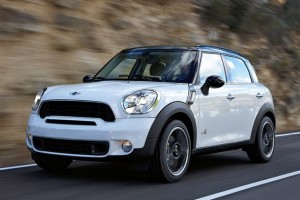 MINI has finally done it.  They’ve produced a car for the rest of us.  Those of us who need four doors, more interior space and more ground clearance but still crave the ride and handling that makes a MINI a MINI.

The original MINI, the Cooper, was in many ways an impractical car but in all ways it was a joy to drive.  The problem is the Cooper loses some of its charm when you need to carry more than two people or when you need to plow though snow.  MINI has changed all this with the Countryman.  The Countryman has four doors, can  carry four adults comfortably, can hold their luggage (as long as its just overnight bags) and has enough ground clearance to go through snow even without the available all-wheel drive.

Visibility, which was already excellent in the Cooper, is even better in the Countryman due to the simple fact that the driver is higher off the ground.  One possible drawback is visibility to the rear.  With the Cooper visibility out the rear window was usually not a problem because no sane adult ever sits in its backseat and blocks the driver’s view, with the Countryman that changes because an adult can actually sit in the back seat.  Still, that’s what side mirrors are for.

The Countryman’s interior ergonomics are very similar to the Cooper’s with some slight improvements.  The most important I found  is that drivers can now distinguish the radio’s volume control from the tuning knob (with the Cooper I got tired of changing the station every time I wanted to turn up the volume).  The overlarge center mounted speedometer has been continued, but I think only because MINI believes that most buyers will purchase the optional navigation system which replaces it.  For those who feel the extra $2000 for the Nav system could be spent other places (perhaps by adding all-wheel-drive) the speedometer represents a lot of wasted space.  The fact is most people will use the tiny digital readout speedometer that rests just above the steering column.

In their advertising MINI highlights what they refer to as the “center rail”.  The center rail rests on what used to be called  the transmission hump and runs from the front of the car to the back of the rear seats.  It’s designed to allow the driver, and any passengers, to position their cup-holder, sunglasses cases, etc. anywhere they want by sliding them along the rail.  It’s an interesting idea but I would prefer a traditional armrest for the front seats.  And maybe a fold-down armrest with a cup-holder for the rear-seat.  While it looks interesting the center rail reminds me of the flexible track I used to run my Hot Wheels on when I was a boy… and is just about as useful.

Still, don’t let my minor nitpicks take too much away from the Countryman.  It rides well and handles beautifully (just a twitch of the steering wheel is enough to change lanes).  Add the optional Turbo-charged engine and the Countryman has plenty of power (although for my purposes the base engine is just fine).  Also, the base engine provides excellent mileage in town and on the highway (31 mpg combined).  One small codicil, some of the benefit of the great gas mileage is offset by the Countryman’s thirst for premium gas.

Starting at $21,750 the Countryman is the practical MINI.  It’s fun to drive, economical and reasonably priced like the Cooper, but you can carry four people (or two people and a lot of luggage) and you can drive it in the winter.  According to the MINI dealers about half the Countryman’s are shipped with a stick shift, which I recommend,  because half the fun of driving a MINI is shifting for yourself.  Happy Motoring.