It probably isn’t a surprise to most car owners that cold weather has a major impact on car batteries, especially if they live in the Midwest (or anywhere the temperature falls below zero).  That being said, I was still a little surprised at the dramatic impact of not so cold weather on the Volt’s battery. 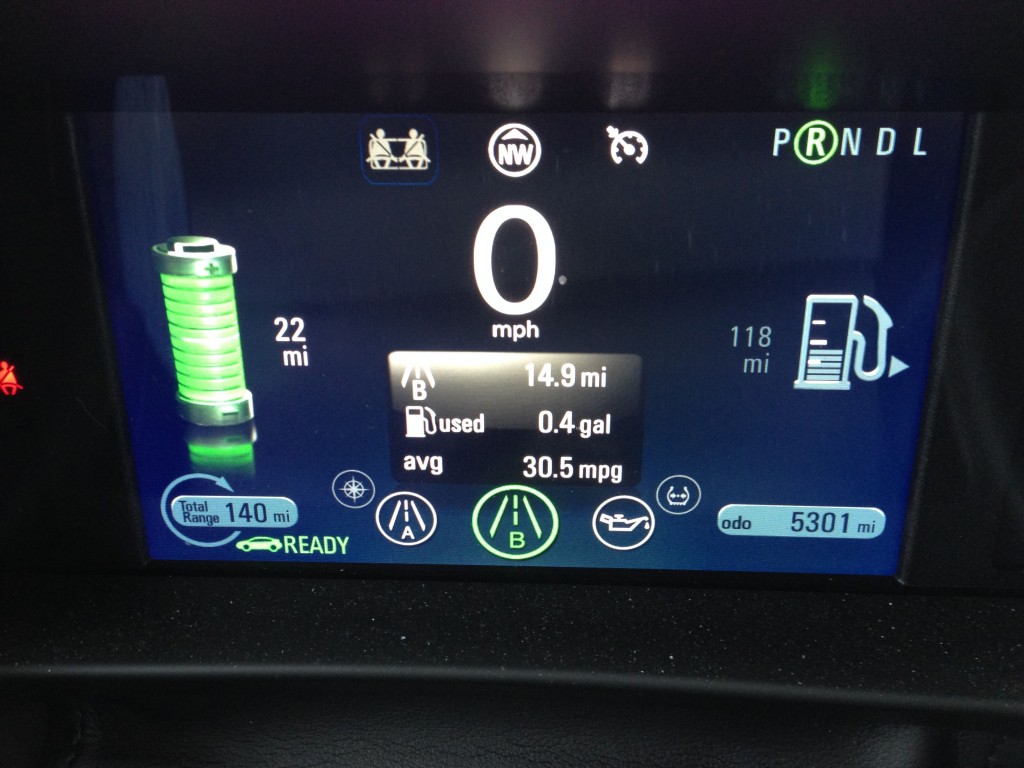 The Volt’s temperature readout showed 32 degrees when this picture was taken.

During the summer the Volt’s battery gauge regularly indicated a maximum charge of 43 miles, and it was an honest number, I could actually drive 43 miles using just the battery (at least when I was driving in town – at highway speeds the charge seemed to drop pretty fast).  But let the temperature fall below freezing and the battery charge really drops.  Most of the winter the battery gauge has indicated a maximum charge of 22-25 miles.

The good news is the gauge is reliable, if it says 22 miles I can generally drive 22 miles without the gas engine kicking in – at least in the city – the roads have been so bad I haven’t wanted to test that mileage on the highway.

I suspect the Nissan Leaf, the Tesla S and other electric cars have the same issue as the Volt, but it is hard to find information on it.  I know the Tesla has a dedicated heating system for its battery but my understanding is it will drain the battery pretty fast if the car isn’t plugged in.

If anyone has any reliable data regarding how other electric cars perform in the winter, please share it with us.