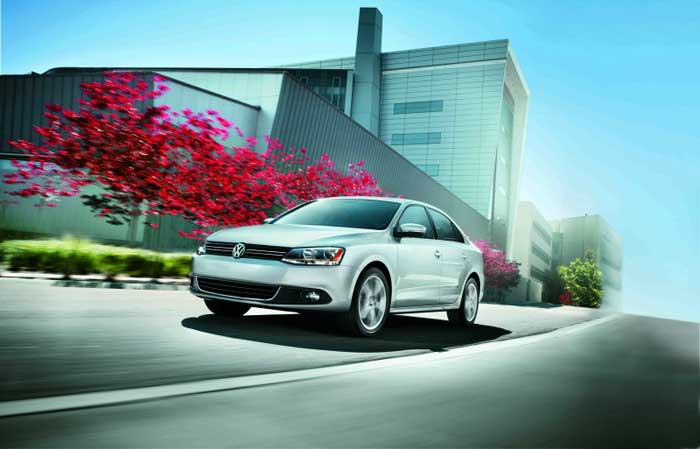 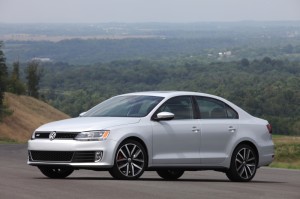 In 2010 Volkswagen took a big gamble.  They introduced a new version of the Jetta designed to compete head to head with the Toyota Corolla.  The new Jetta has a lower price, a 4-cylinder engine for the least expensive Jetta S, and more standard equipment.  However, so far it doesn’t appear the gamble is paying off.  While the worldwide sales volume for VW is increasing, the Jetta is lagging behind in the US.  After a strong start in 2010 with the 2011 model (sales grew by 39% in Oct. 2011) Jetta sales grew by only 3.9 percent in October of 2012.  Still, the Jetta is by far VW’s bestselling model with over 13,000 vehicles sold in October, 2012.  The bad news for Volkswagen is the Toyota Corolla is still outselling the Jetta, with close to 21,000 Corollas sold this past October.

The Jetta is currently available in five styles; plus a sixth hybrid style scheduled to be released in the late fall/early winter.  The cheapest model is the Jetta S starting at $16,675.  It is decently equipped with air-conditioning and power windows but the low price shows with its relatively anemic 4-cylinder engine and an interior where oceans of hard, black plastic reign supreme. 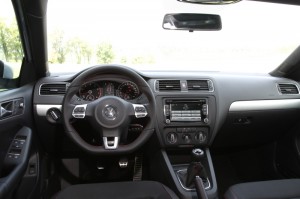 The Jetta SE is a much better car than the Jetta S.  Better acceleration, better handling, better looking (both interior and exterior), and with more comfortable seats.  It is no surprise that the SE is the best selling version of the Jetta.  The 2.5 liter 5-cylinder engine produces 170 horsepower for much stronger acceleration plus the “leatherette” (vinyl) seats offer a more comfortable and durable seating surface than the cloth seats of the S.  The SE interior even has some chrome to break up the monotony of the black plastic.  Starting at $18,995 the Jetta SE is about $2,300 more expensive than the S, but it is worth it. 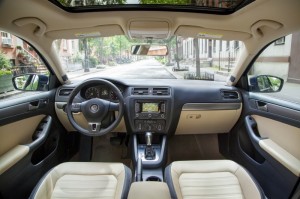 More good news with the SE is you can do away with the black seats and a some of the black plastic by choosing beige leatherette.  Not only does the appearance of the car improve, but the absence of heat absorbing black seats and plastic will help keep the Jetta cooler on a hot summer day.  The wheels on the SE are upgraded from steel to alloy providing better handling, in addition to the improved appearance.

The Jetta SEL adds 17” alloy wheels, push button start, and a 6-way power-adjustable driver’s seat; it has a base price of $22,895 with a manual transmission.  By the time you add a few options like a touchscreen navigation system and automatic transmission the SEL is over $25,000.  Add the $795 destination charge and you’ve got a very nice, but fairly expensive car.

The most expensive Jetta is the GLI starting at $23,945.  It is the sportiest of the Jettas, adding a 200-horsepower turbo charged gas engine, 17″ alloy wheels and a sportier grill.  Once you’ve equipped it with the DSG dual-clutch automatic transmission you’ve got an expensive, but very fun to drive 4-door sedan.

The last and currently greenest of the Jetta’s is the TDI – essentially a Jetta SE with a Turbo Diesel engine.  The big advantage of the TDI is fuel efficiency.  The miles per gallon jumps from 24/34 mpg (city/highway) to 30/42 mpg with a not unreasonable price jump to $22,990.  In addition to the better mileage with the TDI engine, in most states, diesel fuel costs less per gallon than Regular.  It should be noted that the new diesel engines are not like the ones cars were using when I was a kid.  These diesels are not the smelly, noisy polluters that were almost impossible to start in the winter, they are quiet, easy to start and less polluting than some gas engines.  Volkswagen is planning to release a hybrid version of the Jetta, unfortunately pricing information is not yet available.  Volkswagen estimates the Jetta Hybrid will get a combined fuel economy rating of 45 mpg.

For the test drive I chose a Jetta SE.  It is the Jetta most people are purchasing.  I’ve always liked the way Volkswagens handle and the new Jetta is no exception.  You really feel in control of the Jetta when you are behind the wheel and with the 5-cylinder engine the acceleration is greatly improved over the Jetta S.  The ride is a little firm, like most European cars, but it isn’t harsh.  Unlike some cars, MINIs for example, the ride is firm without being punishing – you don’t feel every pebble in the road.  The Jetta is surprisingly quiet for a VW and as always with VWs, the seats are comfortable and well contoured, holding the driver and passengers firmly in place.  Braking was good and didn’t require excessive effort, nor was it “grabby” like in some cars.

In addition to being fun to drive, the Jetta is a very safe car.  The NHTSA gives it either 4 or 5 stars in all of its crash test ratings.  The overall front impact rating is four stars, the overall side impact rating is 5 stars.  The Jetta’s safety ratings are virtually identical to those of the Toyota Corolla but there was one test where the Corolla only got three stars; the side pole impact.

Overall the Jetta is a nice car, not a huge improvement over the previous generation but still an improvement.  I don’t know if it offers as much value as a Corolla when you figure in things like reliability and miles per gallon but it is a lot more fun to drive.  Also, there is the diesel option which the Corolla doesn’t offer.  If gas prices continue to rise and diesel fuel is sold at gas stations convenient to you, the Jetta TDI is an alternative worth considering.  Other cars in the same class as the Jetta are the Ford Focus and the Honda Civic; both are viable alternatives to the Jetta.

If you have any questions about the Jetta, feel free to leave a reply.  I try to answer questions within 36-hours, often sooner.