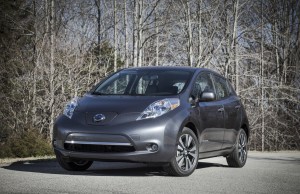 Suddenly the Nissan Leaf is the most affordable electric car in America… thousands of dollars less than its main competitors.  Thanks to the introduction of the new Leaf “S” model and a price restructuring of the existing models, depending on where you live, a 2013 Leaf may cost less than $20,000.

How can Nissan build a Leaf costing less than $20,000?  The answer is, they can’t.  It is only by subtracting federal and state tax credits that the final price of a Leaf could end up less than $20,000.  Still, that sounds like a pretty good deal, right?  You go to your dealer, buy your car and subtract the federal and state credits from the sticker price and drive off.  Unfortunately, it is not nearly that simple.

Currently the United States government offers a tax credit of up to $7,500 towards the purchase of an electric car.  A tax credit is not the same as a rebate.   If you purchase a Leaf (or any electric car) the tax credit is not deducted from the purchase price, you, or your tax preparer, applies it to your federal tax return next tax season.  Also – and let me make it plain I am not an accountant and I am not offering tax advice – as I understand it the amount of the tax credit cannot exceed the amount you pay in federal taxes after your deductions. In other words, if you only pay $6,500 in taxes after deductions, you will only get a $6,500 tax credit.

The good news is there a simple solution to the federal tax credit issue.  Lease your electric car, don’t buy it.  When you lease an electric car, the leasing company immediately deducts $7,500 from the purchase price and they worry about the tax credit, not you.

State tax credits and rebates are another issue.  They vary a great deal by state; they can be as much as $4,000 but in most states are considerably less.  Many states offer no incentives at all.

The Leaf did not sell well last year, in fact fewer Leafs were sold in 2012 than 2011.  Overall fewer than 20,000 Leafs have been sold since its introduction, a number far below Nissan’s sales projections.  Nissan is betting the new pricing, combined with updates designed to increase the Leaf’s range, will jump-start its sales.