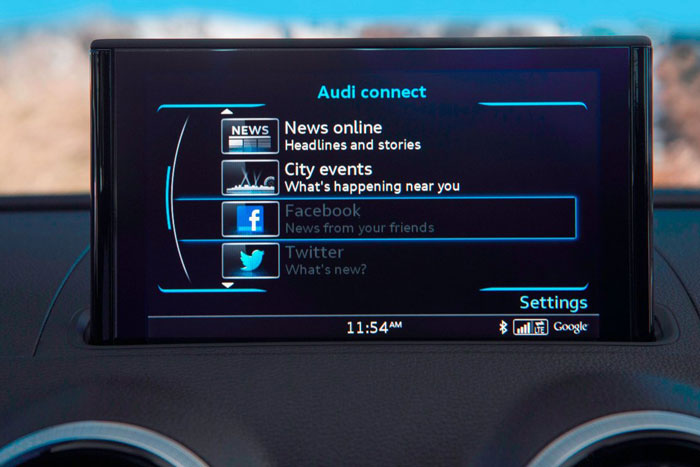 It is a fact that automobiles are getting more complex every day with hybrid and electric cars leading the way.  But sometimes its not good to be the leader.  Sometimes it is best to step back and take a look at where you are headed. Especially when, like Audi, you might be headed off a cliff.

The German auto manufacturer Audi is has released a new version of the A3 with a digital dashboard.  Nothing new there, many cars feature dashboards that are at least partially digital.  But Audi is taking the digital dashboard to a new level – one many believe to be a mistake.  Audi is going to allow drivers to read and send (using voice activated controls) text messages.  According to the article “Car dashboards that act like smart phone raise safety issues” with an Audi A3:

Speaking as someone who can find it challenging to send text messages while standing still, I find it frightening that drivers are concentrating on reading and possibly dictating text messages while driving. If you think I am exaggerating take a few minutes and view this video produced by Audi, they obviously think their system is easy to use, see what you think: Audi MMI: Accessing Text Messages.  After watching the video, consider whether you want to share the road with someone trying to use such a system for the first time while driving.

Audi claims they are making these changes in response to customer demand.  I respectfully submit that the customer isn’t always right, and sometimes the best thing a salesperson (or a company) can do is respectfully suggest that what the customer wants may lead to unforeseen consequences.  And if the prospect won’t listen to reason its best to walk away.

There is one thing we can be thankful for, Audis are not inexpensive so the people driving them probably won’t be teenagers.