Tesla vs. Fisker – Why Fisker Failed 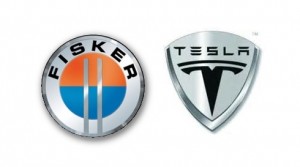 Tesla appears to be doing the impossible; building electric cars and making a profit.  While the Federal Government’s green policy is littered with failures such as Solyndra, A123, and Fisker they may have at least one astonishing success.  Tesla Motors, recipient of a $456 million dollar government loan has not only paid the loan back, they’ve paid it back nine years early and reported a quarterly profit.  Meanwhile Fisker, another recipient of federal dollars, has for all intents and purposes closed its doors.

So how has Tesla done what many in the automotive industry believed to be impossible — build an electric car and make a profit?  At the beginning Telsa and Fisker appeared very similar.  Both were started by charismatic, high-energy visionaries with a track record of success.  Elon Musk of Telsa made his money by starting, and then selling PayPal, while Henrik Fisker was noted for his success with Fisker Coachbuild which made custom versions of BMW 6 series and Mercedes-Benz SL.  Of the two entrepreneurs Henrik Fisker had more experience in the automobile industry… but then so did John DeLorean.

Of course the obvious similarity between Tesla and Fisker is they both decided to enter the green car market; Tesla with the pure electric Tesla S and Fisker with the Karma; a hybrid electric based on technology similar to that of the Chevy Volt.  While not identical cars, both were aimed at the upper-end of the automotive market dominated by BMW, Mercedes-Benz, Audi, Porsche and Lexus.

As mentioned earlier Henrik Fisker had more experience in the automotive industry but Elon Musk had more experience in the electric car business and business in general.  Musk started Tesla Motors in 2003.  Like Fisker, Tesla motors started by outsourcing the majority of its car’s components.  In essence what Telsa did was take an existing Lotus Elise and convert it to run on battery power.

So where did Fisker go wrong?  It appears that two key elements — manufacturing and luck — deserted Fisker.  Let’s start with manufacturing.  With today’s online society bad news travels fast and Fisker had plenty of it.  The bad news started when it was reported a couple of early Karmas caught fire.  Next came the devastating review by Consumer Reports.  When Consumer Reports received their test Karma the car died during their check-in process — a process no other car has failed (presumably even Yugos made it through check-in). When Consumer Reports was able to get a Karma and finish the testing process the final score was a disappointing 57 out of 100.  According to Consumer Reports the Karma’s highs — fuel economy, styling, braking and interior materials were greatly diminished by its lows — confusing controls, poor visibility, cramped interior, a noisy gas engine (when it was running), a long battery recharge time, a small trunk and frequent problems (Consumer Reports had to take their Karma back to the dealership four times in less than 5,000 miles of ownership).

Tesla, on the other hand obviously learned from the manufacturing flaws of its first car and made sure the Model S was superior in every way.  For that reason the S had a very different experience with Consumer Reports.  When Consumer Reports tested the Tesla Model S its final score was 99 out of 100; the highest score of any car tested by Consumer Reports.

Then there is luck.  The old saying “if it wasn’t for bad luck, they would have no luck at all” suits Fisker perfectly.  Cars catching fire can be attributed to bad design or poor assembly, but when a shipment of 300 cars waiting for shipment to Europe gets destroyed by super-storm Sandy that’s bad luck (even though they were insured).  Or having your battery supplier, A123 Systems, file for bankruptcy, that also qualifies as bad luck.  Tesla, having learned from its trouble prone first electric car, kept its reliance to third-party suppliers to a minimum and avoided thereby avoided supplier issues.

Still, it is important to keep Tesla’s success in perspective.  Its true Tesla reported a profit for the first quarter of 2013 but how significant is it?  According to Tesla’s quarterly report about 12 percent of Tesla’s revenue, or $68 million, came from selling its zero-emission vehicle credits to other automakers.  When you consider that Tesla’s first quarter profit was only 11.2 million that 68 million played a big part.  When applying GAAP (Generally Accepted Accounting Principles) rules which exclude a one-time gain, Tesla merely broke even.

The major portion of Tesla’s earnings came from the sale of stock.  According to the Wall St. Journal’s article “Battery-driven Tesla May Run Out of Juice”:

“…Investors confident enough that subsidies will remain in place for what is a luxury item still have to mull the car maker’s long-term earnings goals. These hinge on Tesla becoming a profitable mass-market manufacturer. Since global auto makers lose thousands of dollars per vehicle on electric cars today, the prospects are hazy…”

While it is clear that Tesla is a much better company than Fisker it’s a bit early to be making any comparisons to Ford or General Motors.  After all, this is the first time Tesla Motors has made a quarterly profit in its 10-year history.  But if Tesla does survive it will have accomplished something that has eluded any major automotive start-up since the 1920’s.