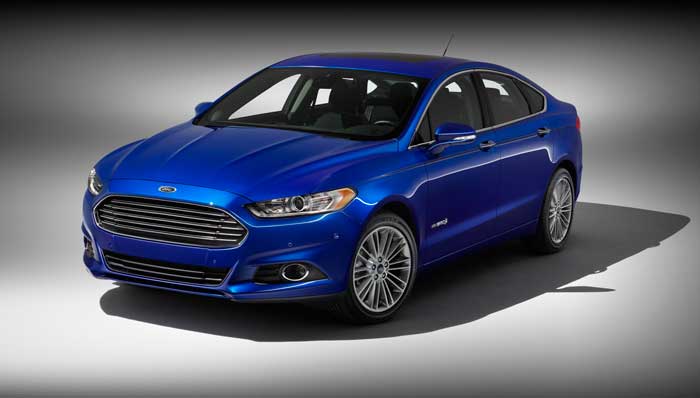 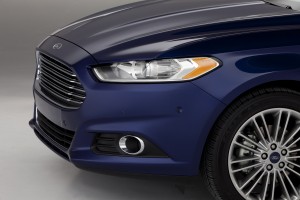 2013 Fusion Hybrids are arriving at Ford dealers now.  The first generation Fusion hybrid was a decent hybrid but has suffered the last couple of years as competitors brought more advanced hybrids to the market.  Now its Ford’s turn to be king of the hybrid hill.

At 47 mpg city and 47 mpg highway the 2013 Fusion Hybrid has the highest mileage rating of any midsize sedan.  Of course, those high mileage numbers don’t come cheap, the Fusion Hybrid is also the most expensive hybrid in the midsize pack starting at $27,995 (including the destination fee).

A plug-in version of the Fusion Hybrid, known as the Energi, is slated for release in early 2013.  The expectation is it will have a range of about 15-20 miles in pure electric mode before the gas engine kicks in.  This is slightly more than the Prius plug-in which averages 7-12 miles in pure electric mode but substantially less than the 30-35 mile range of the Chevy Volt.

When you compare the Ford Fusion Hybrid with other midsize hybrids the first thing you’ll notice is that there isn’t much to compare.  There really is very little difference between mid-size hybrid sedans.  They all offer pretty much the same standard features and are virtually identical in length, width and height.  One noticeable difference is in front and rear seat legroom where the Hyundai Sonata has an astonishing 45.5 inches, however this comes at the expense of the rear seat which only has 34.5 inches.

The Ford Fusion Hybrid does have a few nifty features to help justify the extra dollars.  One of them is the keyless entry keypad.  This allows drivers to leave their keys in the car, lock the doors, and still be able to get back in.   Also, included as standard in the Fusion Hybrid is Ford’s SYNC® voice-activated entertainment system and the MyFord® communications system.   Whether these extra features justify the additional cost is up to the purchaser. 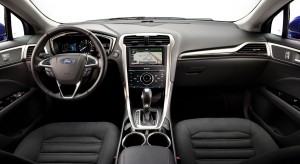 An elegant, sophisticated interior separates the Fusion Hybrid from the competition.

Because there is so little difference between the mid-size hybrids I suspect the decision to purchase one over the other will be based on subjective issues such as which car the buyer finds more attractive or has the most comfortable seats or is the most fun to drive.  Personally, I find the new Fusion to be an attractive car.  The front grill has a European look reminiscent of the  Aston Martin DB9 while the interior is elegant and well laid out; overall it has a sophisticated look befitting a more expensive car.

Overall, the new Fusion Hybrid is a big step forward from its first generation.  It gets better mileage, should have better acceleration, and has a more attractive interior and exterior.  Best of all, the 2013 Fusion Hybrid is $800 less than last year’s model.

If you have any questions, feel free to leave a reply.  I try to answer questions within 36-hours, often sooner. 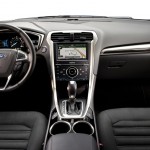 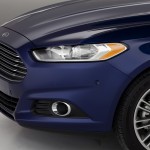 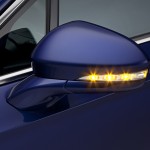 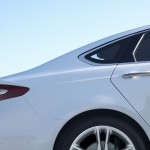 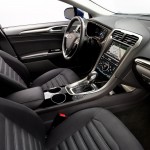 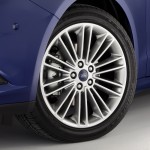