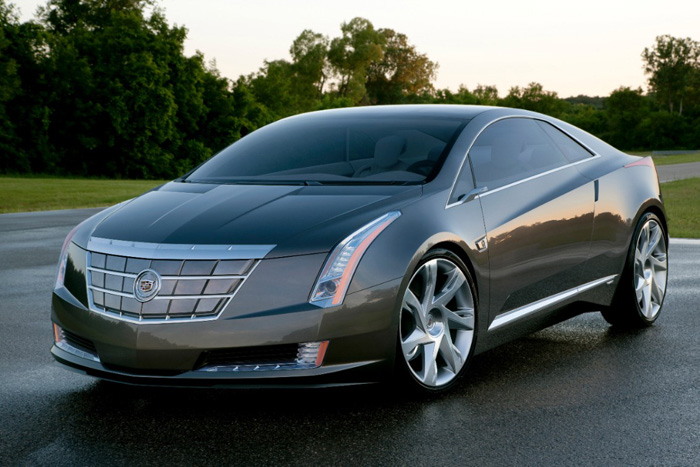 Depending on where you stand on pure electric cars versus hybrids the ELR is either an electric wannabe or a practical compromise between a hybrid and a pure electric.  The ELR is expected to get about 35 miles on a charge compared to over 265 miles for an equivalently priced Tesla S, but the ELR has a range extending gas engine.  By combining the electric motor with the gas engine the ELR has an effective range of over 300 miles giving it the edge over the Tesla.  And, of course, the ELR has the advantage of not having to stop for an hour to recharge (or longer than an hour if you aren’t near a Tesla Supercharger).  Just fill up the gas tank and go.

Another advantage the ELR has is Cadillac’s dealership network.  The ELR won’t be available at all 965 Cadillac dealers, just as the Volt isn’t available at all Chevy dealers, but it will still work out to many hundreds of dealers more than Tesla.  Plus the ELR, in an emergency, can be serviced at any Volt-certified Chevy dealer.

Of course the Tesla model S has the advantage of being new and different and, for some people, the advantage of not being a Cadillac.  It will be interesting to see if 10,000 ELRs will be enough or too many.