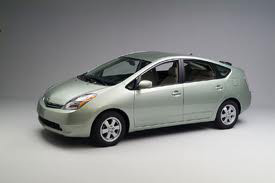 November 14, 2012 — Toyota has announced two voluntary safety recalls that could affect up to 670,000 Prius hybrids.  The vehicles in question were manufactured from 2004 through 2009.  So far no accidents or injuries have been reported as having been caused by either of the two issues.

The second recall affects the hybrid system on approximately 350,000 of the same Prius models included in the first recall.  Again, quoting from Toyota’s recall announcement: “In the hybrid system, there is an electrically driven water pump that circulates coolant through the hybrid components to provide cooling.  There is a possibility that the electric motor installed in the water pump may stop functioning, leading to illumination of various warning lights in the instrument panel.  In limited instances, the electric power supply circuit fuse may open, causing the hybrid system to stop while the vehicle is being driven.”

Prius owners affected by the recalls should take their vehicles to an authorized Toyota dealer.  The dealer will inspect the extension shaft and, if needed, replace it.  If the Prius is included in the water pump recall, the water pump will be replaced.   Notification letters will be sent to Prius owners starting this December.  There will be no charge to the owner for any repairs.

More information is available to Prius owners at www.toyota.com/recall and the Toyota Customer Experience Center at 1-800-331-4331.